Volvo is turning its attention to two-wheeled safety, for the moment. The Swedish car manufacturer and UK design firm Grey London have partnered with Albedo100 to create a reflective spraypaint that’s only visible at night. It’s called LifePaint, but it’s technically not paint; it’s a washable material that lasts about 10 days after application. It’s also completely invisible until it’s hit by the glare of a car’s headlights — then it glows.

“Every year more than 19,000 cyclists are injured on the UK’s roads,” Nick Connor, managing director at Volvo Car UK said in a statement. “At Volvo, we believe that the best way to survive a crash is not to crash, and are committed to making the roads a safer place by reducing the number of accidents.”

Volvo says the water-based LifePaint can safely be applied to clothes, helmets, shoes, backpacks, and even dog leashes. The spray isn’t available everywhere yet. Right now, it’s available in six cycling shops in Kent and London, and if it does well, Volvo may move the product internationally.

It’s the latest flagship from the once-powerful smartphone maker and the successor to last year’s One M8. The M9 is exceptionally similar to its forebear: it’s nearly all aluminum, has a 5-inch, 1080p screen, has really loud speakers above and below that screen, and is unmatched in build quality, craftsmanship, and design in the Android world.

Here’s the full review of M9 by the well trusted reviewer “Android Authority”..
The M8 was a great smartphone — it was beautiful and fast and featured inoffensive software, great sound, and a sharp screen. The M9 has all of those traits, but it’s also been specifically designed to right the M8’s two major faults: a finish that was too slippery to hold and a camera that took sub-par pictures. Of those two things, the camera is far more important: the M8’s disappointing camera was the big factor holding it back from being great.

The One M9 has a beautiful design, beautiful finish, feels great in the hand, and doesn’t look like a copy of any other smartphone — except, well, the M8. But that’s not a bad thing, the M8 was a great looking phone and the M9 is too.

The main visual differences between the two are the sharper edges of the M9 and the power button, which finally moved from the top of the M8 to the side of the M9. HTC says its goal was to blend the best of the M7 from two years ago with last year’s M8.

The M9 is also really fast. It’s got Qualcomm’s new flagship Snapdragon 810 processor and 3GB of RAM, which means I almost never have to wait for an app to open or for the homescreen to redraw itself. This isn’t to say the M8 was slow — it wasn’t by any means — but the M9 bring a whole new level of speed. It’s easily the fastest Android phone. 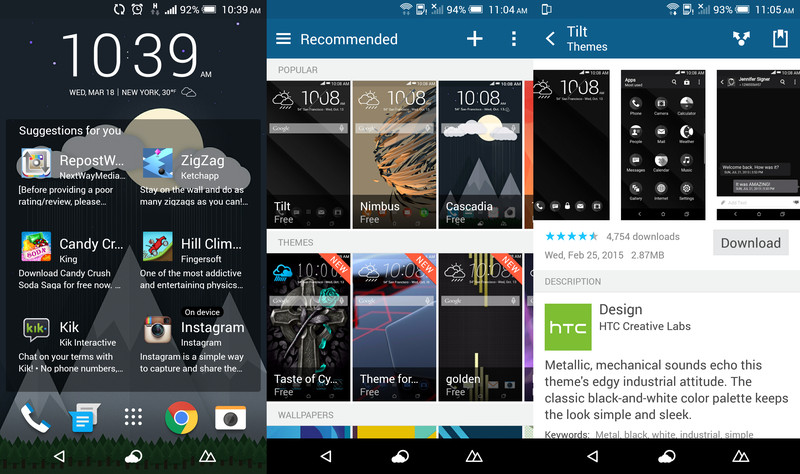 What can Project Spartan do? It comes with Cortana, the company’s digital assistant that lives in both current builds of Windows Phone and Windows 10. By bringing it to the browser, Microsoft makes progress on what appears to be an implicit goal to ensure that Cortana lands on every screen where the company vends a platform. (X 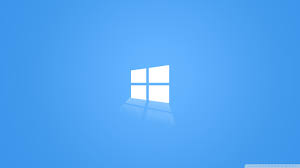 Smartphone-maker One plus one just released the initial version of OxygenOS, its forked version of Android Lollipop, optimized for its OnePlus One phone.

News that OnePlus was working on the operating system broke in January, after a split with partner Cyanogen.


In a blog post about the release, the company alternately describes its approach as “back to basics” and “light and essential,” with a focus on performance and battery life. OnePlus also writes:

By creating our own operating system, we can quickly respond to user feedback and make it easier for you to continue playing a fundamental role in the future of OnePlus. Our goal for OxygenOS is to provide faster, more meaningful updates and a better

-integrated range of services for every OnePlus user.

Apple has released a series of four videos that show — explicitly — exactly what the Apple Watch can do, how it will do it and why you might be interested in buying one.

If it seems to be a bit late in the cycle to get something like this out, I agree. Apple’s early marketing around the Watch has focused mainly on its construction, originality and possibilities for customization. That’s not a bad thing at all, but it’s much more suited to a product that’s entering an upgrade cycle. The last few years of iPhone or iPad releases is a good example of this. If you’re going to convince someone they might like to purchase the new one you’re going to highlight differentiating design, color, materials or functionality.

For a completely new category of product, Apple had to dig back — all the way to the original iPhone — to remember how to position these things. It’s probably difficult to recall, but the first iPhone was such a radical departure from anything that had come before it that Apple had a ton of explaining to do.

Part of that explaining was laying out the features and functions (and their theoretical usefulness) in a series of to-the-point instructional . They went over things that seem second nature now: deleting a voicemail, reading and flagging email, browsing the web in a ‘real’ web browser.

The instruction was largely based on the fact that we were moving from buttons to a brand-new interface: multi-touch.

So a set of four videos, which will be expanded in the future, that explains very plainly how Apple Watch features work and why you’d want to use them makes a lot of sense. The Watch is also introducing the ‘new’ Digital Crown and Force Touch mechanisms to Apple’s interface lexicon. Those new interaction methods add additional possibility, but also need an introduction that ties them in with explicit actions like sending emoji, checking your calendar or transmitting your heartbeat.

3d printing is like printing a 3 dimensional object, like 2d printing in which we print matter in a 2d paper similarly 3d printing is done by combining all those 2d layers by the computer with the measurements which we give to the software. Sounds great, doesn’t it? now this technology is improving rapidly. 3D printing in the term’s original sense refers to processes that sequentially deposit material onto a powder bed with inkjet printer heads. More recently the meaning of the term has expanded to encompass a wider variety of techniques such as extrusion and sintering based processes. Technical standards generally use the term additive manufacturing for this broader sense.

This is a great video by TED, actually must watch…


This is what a 3D printer can do.

With this advancements 3d technology is serving medical field greatly, the people who lost their body parts in accidents and so can be give 3d printed parts with exact shape and size. By this we can surely think of manufacturing automobiles, civil engineers can test their plans by 3d printing their plan’s miniature.

The most crazy thing with this is we are now able to print food materials with 3d printing, don’t believe me? check out this crazy video from CES 2015- https://www.youtube.com/watch?v=MGxr3boyIus.

This is what you see in a google cardboard. Amazing ……


So, firstly “VIRTUAL REALITY” what’s that? Well.. it’s an immersive multimedia, precisely when we here to some music through headsets we actually cover our ears and listen nothing but music which is playing in that headsets, similarly when we put on vr we see multimedia everywhere we feel like we are in another world where it seems like things are happening really in front like 3d.

So we learned something about vr so lets see what did Google do with it vr. Firstly Google did something greatly affordable delivering the concept of vr, it’s actually made of cardboard which consists of Biconvex Lenses 25mm, Focal Length 45mm, Neodymium Magnet,Ceramic Magnet, NFC tag and Rubber band. Just assemble that you got “VIRTUAL REALITY” with you phone, insert your nfc compatible phone in it and get some great experience.
If you want to learn how to assemble it click on this link-    http://youtu.be/3OUeGI4FUUk

This is your very first post. Click the Edit link to modify or delete it, or start a new post. If you like, use this post to tell readers why you started this blog and what you plan to do with it.